I spent 3 days in Santarcangelo and I saw almost everything there. I was tired, I was from Berlin and the ‘a very discreet Sunday karaoke night’ of Lilith has certainly regenerated me more than anything else. 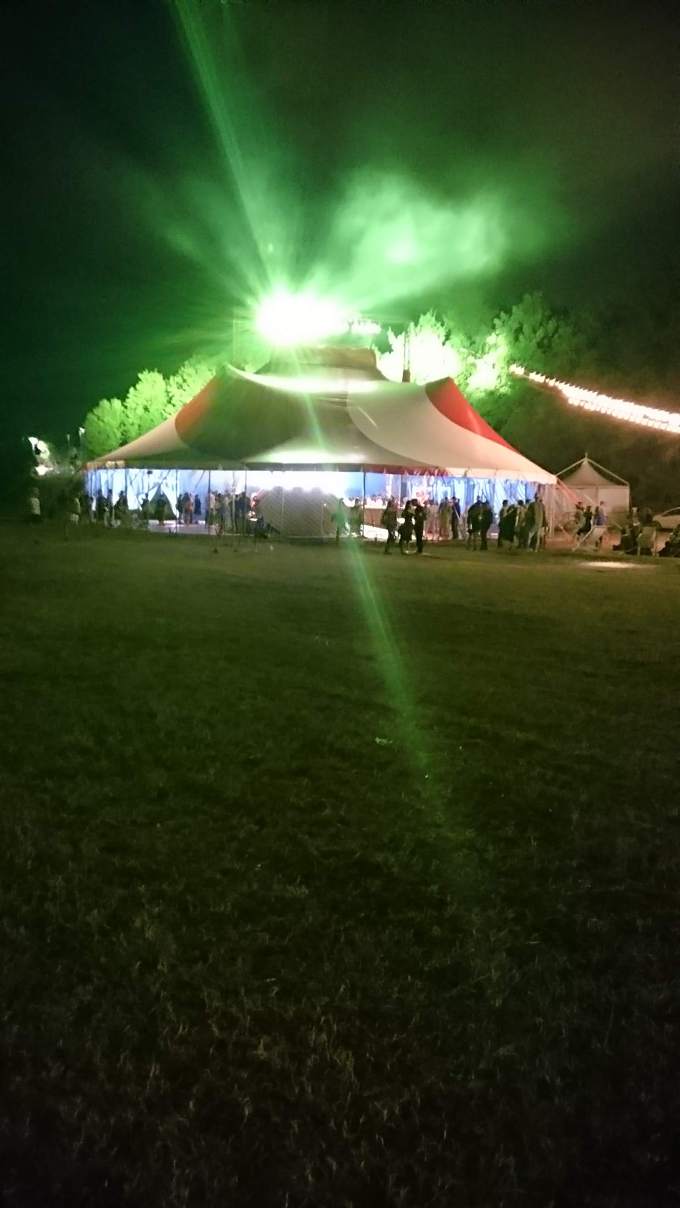 , the organization, the contrasts, the intellectual effort along with the metal concerts, the young, the youngish , the middle-young people, everything is a beauty because it exists, because it contrasts the trivial polemics, because it is an international meeting of artists, including Italians emigrated, entirely or in part, in places of Europe that are more open to contemporary performance. But it is also a party for young people in the area who understand and are curious and are proud of it. But Italy knows how to contradict, surprise, with this high quality event that instead of happening in London, Berlin, New York, it happens here, in a Romagna pretty village, thanks to Eva, Motus, Silvia and all the companies invited, the entourage and historical founders, who already plan an edition of the next 50 years celebration of the festival! Of course there are the sterile moralist political controversies of a bigoted and Catholic country, which as well as some Protestants, is among the first clients of Thai child prostitution and not only, but then is scandalised for the nude in the streets, homosexuality or joints . The problem of Italy is hypocrisy, if you look at the data, the saints are few, drugs and sex are no less than elsewhere, but you do not show it, as for much more remains dust … under the carpet.

In this sense the quality of the Motus work, but also that of the children of ‘Arret sur image’, one of which then phenomenal, or those of Dewy Dell, would be enough for anyone’s intelligence to understand that these stereotypes about people are misleading. , and not useless. They are very useful to those who ride fear, but they are tremendously harmful to intellectual freedom and reflection. Tamara Cubas, with whom I worked in Bilbao, for two days, is a Uruguayan artist who has seen deaths and bodies of victims with her young eyes and uses the nude, here only at the end of her work, as a denunciation of scandalous materiality exposed, but also democratically, a victim or executioner. If you do not like it, free to propose fig leaves to put on the members of the various David or Venus, but you can not certainly define a pornographic nude. And this too, let us tell the truth, has the right to exist and show itself, because where there is scandal, attraction, disturbance, there is a shadow that lights up if artistically investigated, there is possibility of knowledge, openness, development of quests energy in many directions.
And then come their lords, the show continues, crowded weekends, but also in the week, between the laboratories and some gems, if Sciarroni will make you turn your head, the sleeping concert will remedy, under the circus tent, to make morning under the duvet!